Dementia is a condition in where there is a gradual decline in the brains functioning – it can cause a number of different symptoms that interfere with a person’s ability to carry out the normal tasks of daily living.

What are the most common forms of dementia?

Alzheimer’s disease is the most common sort of dementia. Alzheimer’s is where there are damaged tissues building up around the brain and as a result of proteins deposit and this causes the cells around them to die.

There are two types of proteins, called amyloid which forms plaques around the brain and tua, which form tangles with in the cells of the brain. Also, chemicals that carry messages in the brain are affected. 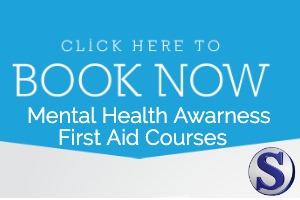 There are 3 different stages of Alzheimer’s disease which show different signs and symptoms – they are as follows;

Mild Alzheimer’s disease – common signs and symptoms could be;

Moderate Alzheimer’s disease – common signs and symptoms could be;

Severe Alzheimer’s disease – common signs and symptoms could be;

Vascular dementia is when arteries that supply blood to the brain become blocked – this can cause a stroke and the brain is starved of oxygen and tiny areas of the brain are damaged, leading to vascular dementia.

Dementia with Lewy Bodies are tiny protein deposits found in nerve cells that disrupt the functioning of the brain. When a build-up occurs, it prevents the brain from making the required amount of important chemicals

Frontotemporal dementia is common form of dementia in people under 65 years of age.  It is caused when damage to the front areas of the brain by clumps of abnormal protein forming inside.

The most common symptoms Frontotemporal dementia involve severe changes in personality and emotional behaviour – other common signs and symptoms could be;

Sudden changes in personality and emotional behaviour, for example, the individual may become less complex to other people emotions and seem bitter towards them. This can also include a person who was very outgoing, may become very isolated or vice versa.

Shyness and not willing to speak to anyone due to difficulty in understanding what people are saying.