Mental Health First Aid Bipolar – What is meant by the term Bipolar Disorder?

What are the possible causes of bipolar disorder?

Science has shown that bipolar disorder is not fully understood, however, like many mental health illnesses there is different range of causes for bipolar disorder, such as the following

The feelings of bipolar disorder will vary depending on the individual, for example when an individual suffering with bipolar disorder is feeling high, or known as mania, it can seem like the best feeling and they will have a lot of energy and feel positive. It can make the person feel more productive whilst others may feel angry and restless.

When an individual suffering with Mental Health First Aid Bipolar feels low with depression they may have very low self-esteem and self-worth. It can restrict a person’s life as it can occur for a long duration. Some may suffer from hallucinations or believe they are untouchable. Some describe the manic bipolar as a buzz and exciting.

With both cases of individuals suffering with extreme bipolar disorder, these can last for weeks or in some cases even longer

How does Bipolar Disorder affects the individual and their life?

It can contribute to the individual having a negative outlook on life and thinking negatively, for example, the person cannot function or communicate well. It can affect judgement which can result in serious repercussions or regret.

People with bipolar may experience their life as a roller coaster of high and low emotions and this affects their daily route and life in general.  Examples could be relationship breakdowns and affect work, the individual may have to take a lot of time of work due to depression, it may also make it harder for the individual to hold employment and this could lead and financial problems.

With some severe cases of depression, some individuals with bipolar disorder maybe affected with their ability to deal with everyday life. This can be either physical, emotional, or social functioning, which can lead the individual to experience psychotic symptoms for example, hallucinations, paranoia, or even hearing of voices in their head.

The individual may also be much unaware of the help and support they need to help combat the illness.

How can an individual’s Bipolar Disorder may affect others?

Bipolar disorder is a serious illness that not only affects the individual but those around them, such as family and friends – they could be affected in the following ways;

What are the demands of daily life that may influence symptoms of Bipolar Disorder?

Individual suffering with bipolar disorder will experience different demands of normal daily life due to the different mood swings they may encounter.

Some demands of daily life that can influence symptoms could be:

This could influence bipolar and could also affect sleeping problems.

Work demands and financial worries could influence this condition. Such as unemployment leading to debt problems and security such as housing poverty etc. 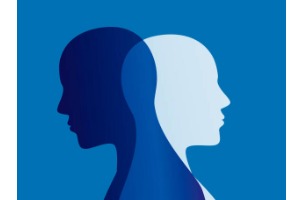 This can be things such as, break down in marriage, bereavement or conflict and abuse

This can be community and social groups could encourage symptoms. Also, been in overcrowded groups or in poor environments. The daily life influence symptoms may also be having to care for elderly family members or even the stress of given birth